What the Heck is Base64 Encoding really?

Also,  Why most implementations of Crockford-base32 encoding are probably incorrect

The Presence of An Ambiguity

I want to use this post as a way of clearing up a confusion that seems to exist in many people's understanding of base64 (and also crockford-base32).

Because on ambiguity exists, I am going to invent my own clarifying terminology (Place-Based Single Number Encoding versus Concatenative Iterative Encoding) to attempt to disambiguate.  Along the way, we will get into the nitty gritty details of binary base64-encoding (as commonly implemented in a thousand different systems) and of the radix-placed system that most people are taught as binary, octal, decimal and hexadecimal numbers.

But before I do that, let me explain what the Crockford-base32 encoding is meant to do, for those of you who have never heard of it.
Radix Place-Based Single Number Encoding System

This system is the easier of the two to explain, as it is covered in most high-schools, and CompSci 101.  Nevertheless, we will go through it again.

What is this number?  Is it the number of dalmatians that should be brutally murdered, skinned, and fabricated into a woman's coat?  Or is the cost of a 5 dollar foot long?

The answer is that it could be either.  The number is the ultimate abstraction, that which your brain interprets, and the glyphs and the symbols are the permanent memory of that number on paper or on disk.  But in-between, we need to apply a decoding to turn interpret the glyphs from symbols through numerals to a number. In binary, the glyph/symbol/numeral string of "101" can be interpreted as "five" -- just enough dollars to buy a Subway sandwich. In decimal, which most humans (without compsci/math background) take for granted, the string "101" is interpreted as "one hundred and one." 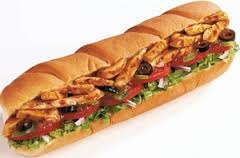 The term radix, which is synonymous with the term base, is defined as the number of unique symbols in a place-based numeric system.  The radix-system that most humans use is a base-10 or radix-10 system.  The symbols we have today for our numbers came to us during the Renaissance from the Arab mathematicians.  We called them arabic numerals, despite the fact that the Arab mathematicians imported them from the Indians who invented the numeral 0.  This special numeral 0, along with the other nine symbols, make up the most famous and consistent symbols that the world has ever seen.  We all collectively own these symbols today: '0', '1', '2', '3', '4','5','6','7','8','9', and we assume that they are in this order:  0123456789.

To restate,  the reason that we call this a radix-10 system is because we have 10 unique symbols. However to be a base-10 system, we do not have to use these exact symbols or in this traditional order.  How weird a parallel universe there must be where, due to a transposition error, our system could have been 0123465789?  Fifty would be "60."

Why are the numbers made from these symbols (of any radix) called place-based systems?  The answer comes from the fact that every numeric representation is a string where the place represents a power in that radix from right to left.

As you can see above, the simple decimal number 1853 has four places:
and the string ‘1853’ is thus a representation of a number using places to indicate powers.

A famous example of a numeral system that is not place-based is the Roman Numeral system.  A Place-Based System applies not just with decimal, but with all the radix-based systems we see below.

For base64, we can use the lower-case alphabet and the upper-case alphabet:  abcdefghijklmonpqrstuvwxyz and ABCDEFGHIJKLMNOPQRSTUVWXYZ.  But this only gives us 26*2= 52 symbols, and we need 64 symbols. The symbol alphabet of numerals 0123456789 gives us ten more for a grand total of 62 symbols.  We need to add two more.

For now, let's just choose the plus symbol '+' and the slash symbol '/'.  Because we can order these symbols in any order we want, how about the following ordering?

The answer is a big fat NO.  To explain why is not the same thing, we will make a digression and consider the notions of functions and types.

Functions and Types, Domains and Ranges

Types and functions are utterly fundamental to the art, science, and craft of programming.

One might say that types allow us to think about data, while functions allow us think about computation.  Functions and types come clothed in different syntactical and run-time forms in any of your favorite language, but they are omnipresent and never to be discounted.

So why are we bringing them up?  The answer is because we they will be helpful in explaining the difference between Place-Based Single Number Encoding and Concatenative Iterative Encoding.

Up to now, we have been describing the notion of radix and base to represent a number, a system that we called Place-Based Single Number Encoding.  To help us understand this encoding, let us describe it as a function with an input and an output.

A representation is nothing more than a string of symbols in some alphabet.

This is simplistic, but really exposes the essence of what we have been doing thus far.  When we wanted to convert a single number into a binary representation we implicitly knew that the Domain of our function (our input type) was that of a number, and that the Range (the return type) was that of a string of zeros and ones.  We can denote this function signature like this:

Ok.  It feels like we burdened the obvious with theory.   How does this help explain what email-based base64 encoding is?  Well, the answer is to show the difference in their function signature, types and all.

It iteratively consumes an array of octets, transforms them into Base64 representations, and concatenates each representation into an output array.

In conclusion, we are saying one way of seeing the difference between these systems is by comparing their signatures

Does that clear it up? 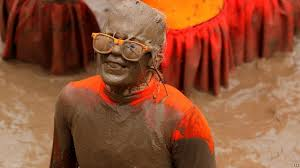 Let's dissect both the term and the function signature, using the following visual of a file to motivate. 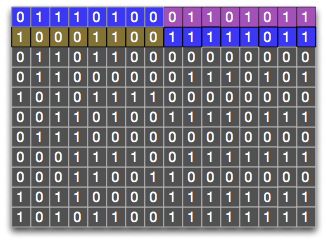 What we see above is a file (any file) represented as a long tape of zeros and ones.  I have purposely colored four different groups of octets.   Grouping bits into 8-bit chunks, called octets or bytes, makes it easier for us to think about the sheer number of zeros and ones. All files, whether text or not, are ultimately a concatenation of bits, so this is a valid way of understanding a file. 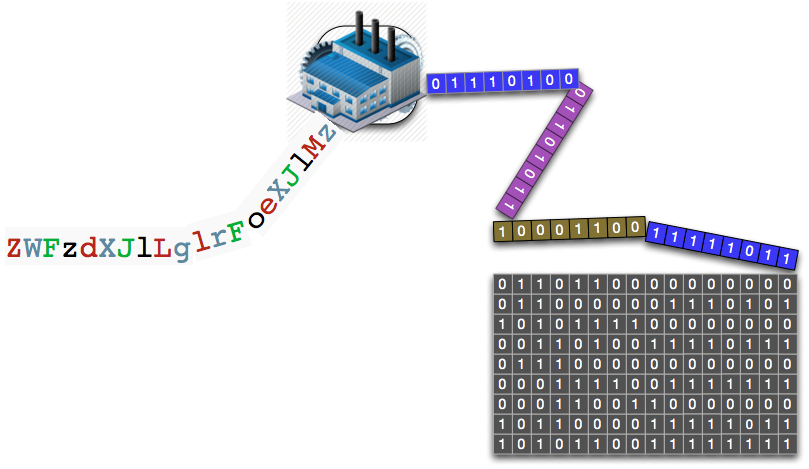 We can imagine the encoding function as a box that iteratively works its way down the tape, turning octets into base64 atoms.  As the box/function moves its way down the tape, it slowly builds up the output tape by concatenating newly encoded base64 atoms.  We are iteratively consuming octets from an array [OCTET] and concatenating them onto an output array of base64 representations [BASE64_REPRESENTATION].

The implementation details of how we transform octets into numerals from a base64 are actually quite simple.  I will go through them now, but the following sites provide more exhaustive descriptions:

We start with a stream of octets which means that we are grouping a stream of binary bits by 8 bits each.

As you can see above, by merely choosing to put a grouping marker between every 8-bits, we can interpret this stream of 24 bits as 3 octets.  Furthermore, we can choose to interpret each octet as the decimal numbers shown above, thus we see the numbers 77, 97, and 110.  This example comes from the wikipedia article, showing how a text input could have been encoded, where the ASCII values for the word ‘Man’ are the input octets -- in ASCII ‘M’=77, ‘a’=97, and ‘n’=110.

So what does base64 encoding do? Does it transform the input at all?  No.  It merely adjusts the grouping markers.  Where before we grouped by 8 bits, now we will group by 6-bits. 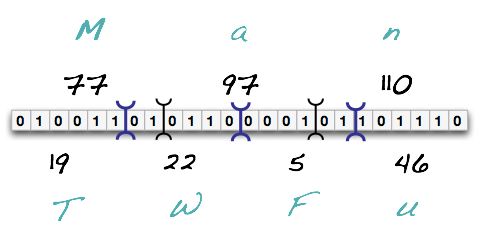 a text file with the ASCII contents of ‘Man’ will result in a base64 encoding of ‘TWFu’.

Summing it all up

The Concatenative Iterative Encoding System has the following signature,

And that is it.  That is what base64 encoding does.  It groups a stream of binary bits (grouped in 8-bit chunks) into a stream of output 6-bit sextets.  Each sextet is interpreted as a single symbol from the radix-64 alphabet, and re-emitted as the ASCII representation of that symbol.

A Final Comparison
In the above chart there is one term that we have not yet discussed called “Consumption Direction”. The point of this is to show that Place-Based Single Number Encoding works on an entire number whose place-based format requires knowledge of the rightmost digit.   To put it another way, you need to know the farthest right-most bits before you know what the number is.


On the other hand base64 as a Concatenative Iterative Encoding System consumes binary data from left to right.  The reason for this is that base64 encoding usually operates on files which cannot always be loaded into memory.  This is why we have subtly been referring to this algorithm as a streaming algorithm -- it does not have access to the entire input, but may start generating the output with only the first three octets.  The actual physical implementation of reading bits from disk means that we always have access to the most significant bits (leftmost) before the least-significant bits (rightmost) are event loaded from disk.

The Place-Based Single Number Encoding is not appropriate for encoding a file because you would
On occasion, the two systems will produce the same answer.  These occur when the number is bit-represented in multiples of 3-octets.  If the number is slightly more than 3-octets, or only 2 or 1 octet, then the base64 specification calls for something called padding which adds zeros to the rightmost side.  The effect of this is that base64 respects the leftmost/prefix data, while allowing the rightmost to be vastly different.

Padding is one of our hints that we are dealing with a streaming algorithm.


Finally,  An Analysis of Crockford-base32 and its Implementations

The Crockford-base32 implementation has a few desirable properties that I will copy directly from the website:

Additionally, it tries to remove accidental obscenities and ambiguous looking symbols (like 0 and O).

In the end, I think this has been a nice learning experience for me, and hopefully something worth sharing.  Importantly, it drives home a few points:


Finally, here is an Erlang implementation I wrote for Crockford-32 as a Place-Based Single Number Encoding.
Posted by Daniel Eklund on Sunday, April 27, 2014